We’re feeling pretty jammy that we left Egypt when we did. We’ve been in Tanzania for over two weeks now so we missed all the protests and disruption by a few days. Instead, we’re lucky that our biggest problem has been getting used to the humidity and the super strong sun. We’ve been copying the Tanzanians by sitting in the shade whenever possible and drinking plenty of water (Yes Teresa, that comment is for your benefit!). It seems to be working – it now feels cooler than when we arrived but people who’ve been here longer than us assure us the weather hasn’t changed.

We’re living at Art in Tanzania’s volunteer house in Bahari Beach, outside Dar es Salaam. The staff call it “the hotel” but the locals know it as the “wazungu (white people’s) house”. We’re attempting to update artintanzania.org but we’re frequently interrupted by power cuts. This area relies on hydro electricity and the last rainy season was poor so now they can’t provide enough power. The power company has published a schedule of cuts but do they stick to it? Of course not! The locals say the only way to get 24 hour power is to live on the same block as a politician.

We’ve been getting to know the staff and other volunteers. Most people are European and most of the Europeans are Nordic but there are enough Brits for us not to feel unique. Bernie swapped south London-isms last week with Ian who was here with his fiancee Ingrid. They were here on a two week holiday from their London jobs – I’m seriously impressed that they chose to spend their precious holiday time volunteering with Art rather than on the usual Safari/Zanzibar tourist circuit. 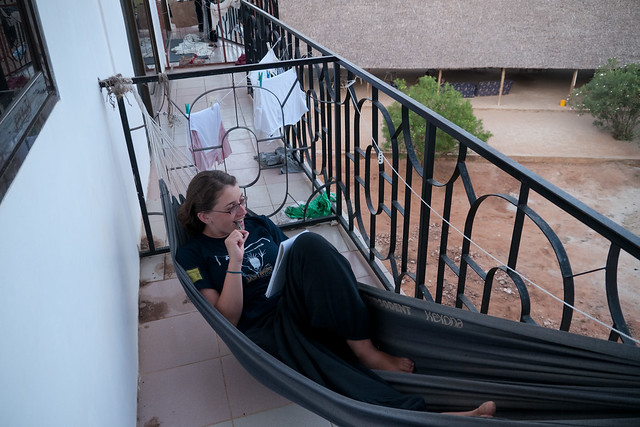 Me writing this blog post during a power cut 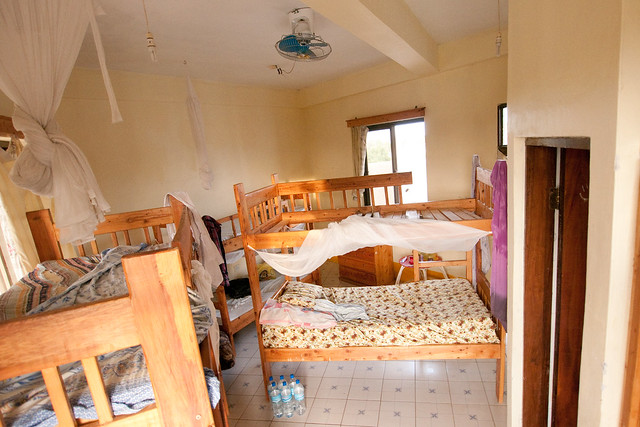 In order to sleep in the 30 degree plus night time temperatures we're sleeping in the same bunk directly under the fan. Fortunately we're the only people in our room! 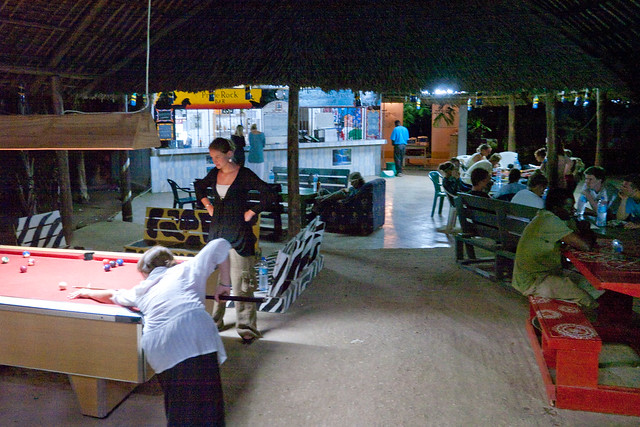 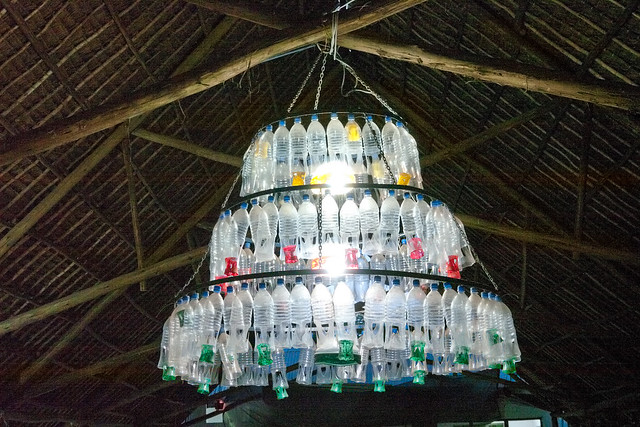 A great use for all the wazungu's water bottles