The Nullarbor is big. You just won’t believe how vastly, hugely, mind-bogglingly big it is. I mean, you may think it’s a long way down the road to the chemist’s, but that’s just peanuts to the Nullarbor.

It’s been looming large in this stage of our trip for weeks now. We’ve been telling people that “We’re going to cross the Nullarbor” in hushed tones and fancying that they start looking at us with new found respect. 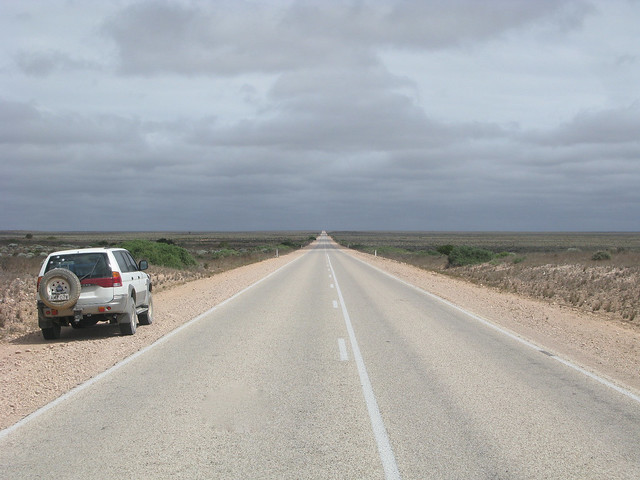 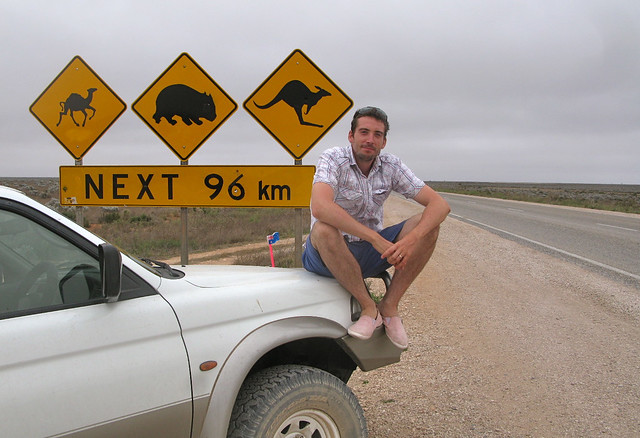 As well as being big the Nullarbor is flat and the road is straight. Very straight. 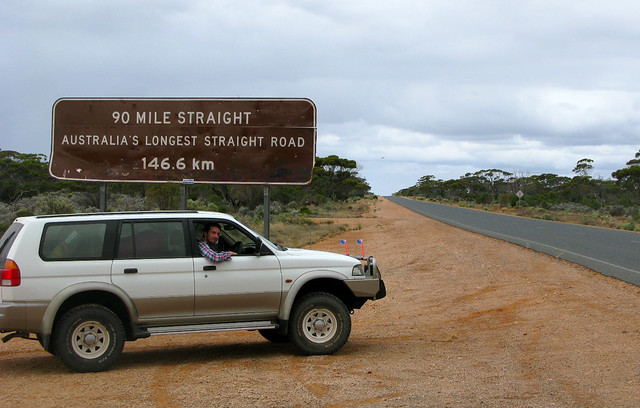 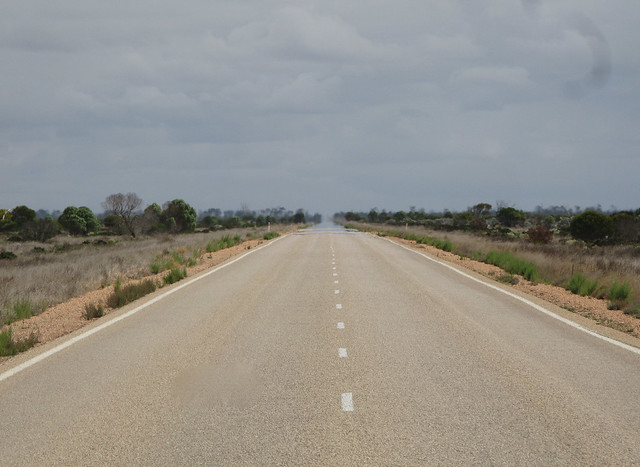 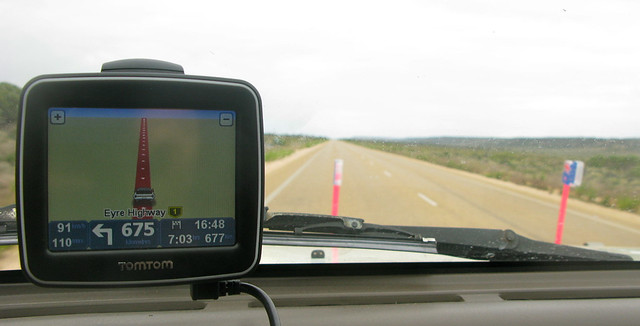 That’s a photo of our Sat Nav telling us that we’ve got another 675 kilometres to go until the next turning (and we only thought to take the picture when we were half way across). No wonder the only people that live here work in the service stations that keep travellers of questionable sanity well supplied with pies and trinkets. 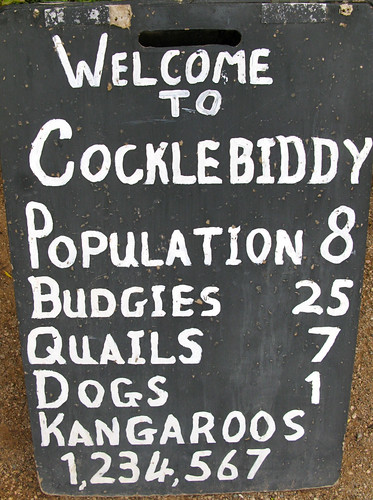 The Nullarbor is the largest piece of continuous limestone in the world. It’s flat for hundreds of kilometres, then plunges abruptly into the sea. 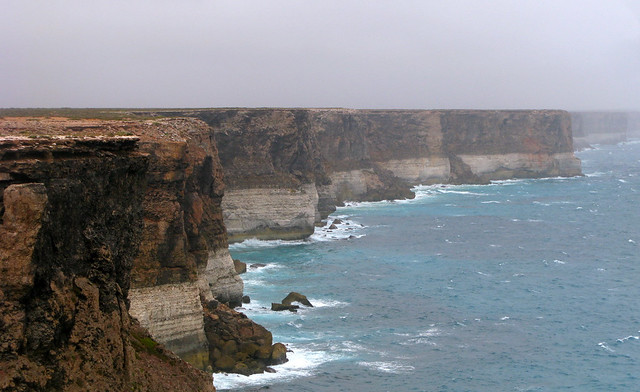 It’s riddled with caves called “blowholes”. These are huge underground caves with small mouths, so that when the outside air pressure drops all the air in the cave rushes out through the entrance allowing you to do some amusing things with bloomers. 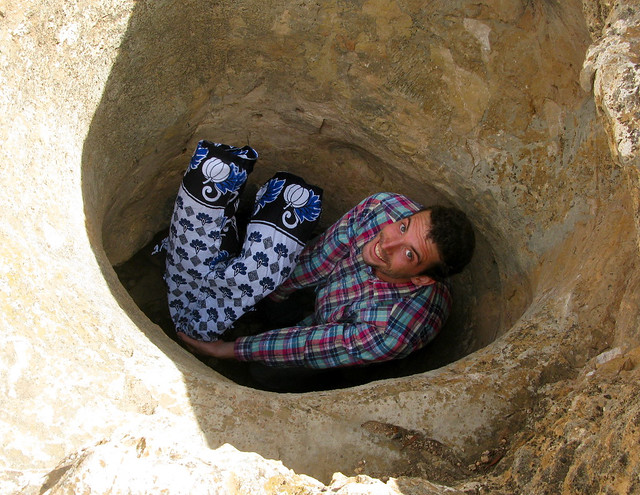 More people lived here back in the 19th century when the main mode of transport was camels and the journey across the plain took months [these days the 4.5 litre V8 diesel Toyota Landcruiser seems to be more in vogue – Bernie]. 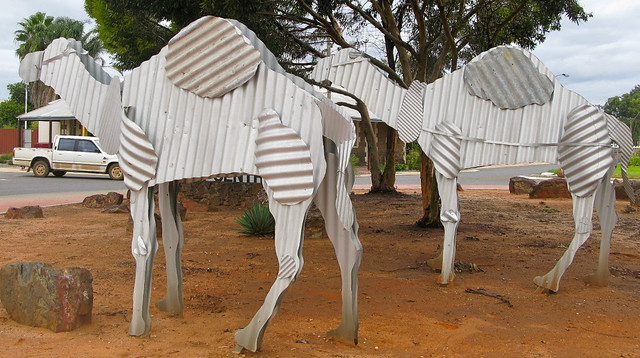 But the most shocking thing about the Nullarbor (from the latin Nullus – “bugger all in the way of” – and Arbor – “Trees”) is that the western half has trees on it. Lot’s of trees. So many trees in fact that it’s much easier to see the blue haze eucalypts are famous for here than it is back in the Blue Mountains near Sydney. 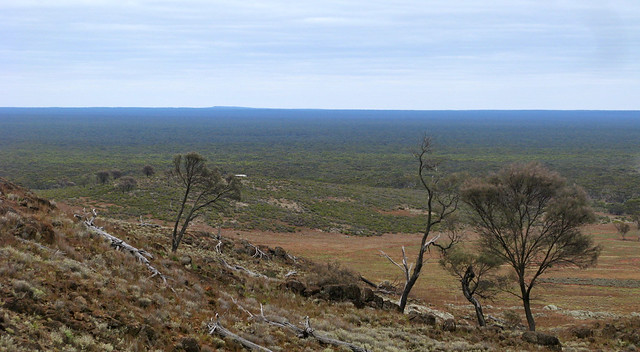