Eddie, or “El Ted” to his friends (and bar staff) has been travelling since before Jude and I set out on our big trip, but got stuck in one place (managing a bar in a vibrant backpacker’s hostel) for long enough that we were able to track him down. 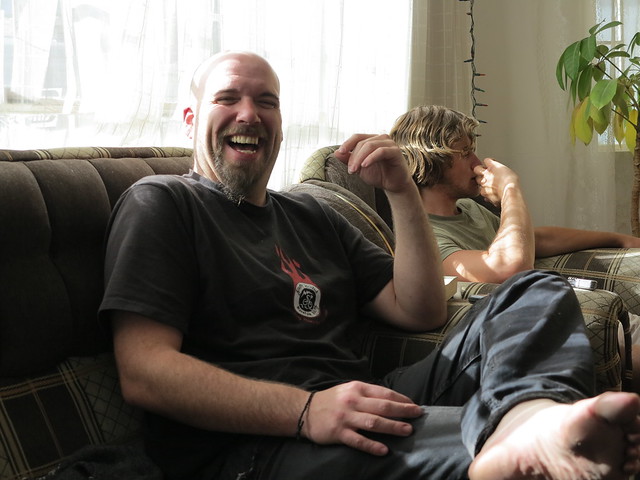 And his bird par excellence, Karen! (on the left) 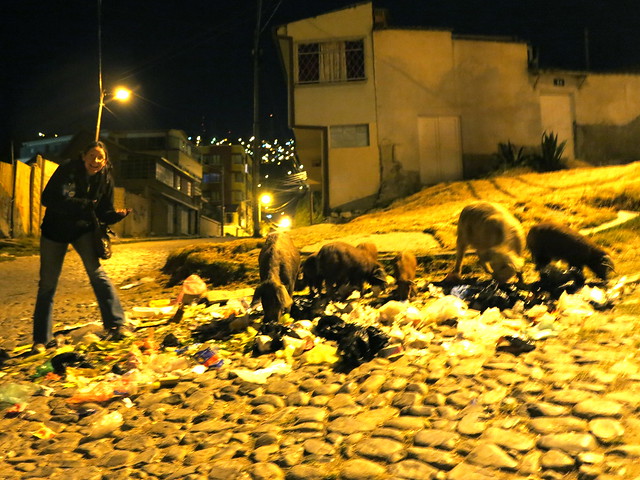 La Paz is extremely high, almost 4km, which is half the cruising height of a passenger jet (can you tell I’ve been reading Wikipedia?). This means that water boils at 85 degrees and even if you make tea according to the stringent British tea protocol I was brought up with (preheat the pot, add tea, pour in boiling water) it still tastes like you used hot water out of a tap. Apparently you can make good tea if you have a pressure cooker. It also means that you get altitude sickness really easily, the cure for which is Coca Tea: 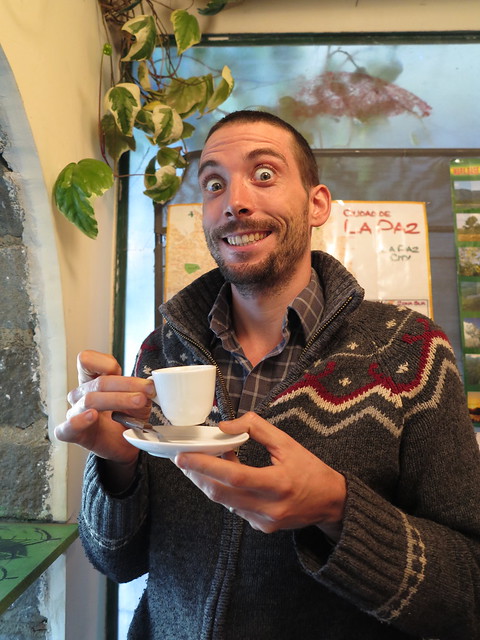 Coca Tea is made from the same leaves that they use to make cocaine, but is (apparently) non addictive and produces little effect except the magical vanishing of altitude sickness symptoms (nausea, tiredness, aching joints).

The main event of the trip was cycling the “World’s Most Dangerous Road ™” which used to kill about 300 people a year until they opened a new road in 2006 that doesn’t require heavily laden trucks to pass each other on a 6 metre wide dirt track with a 800 foot vertical drop to one side and no barrier.

The road involves a 3.5km drop in altitude over about 3 hours of solid bone-shaking vibration, so we were glad to get to the bottom and chill out for a few days in Coroico, which was initially beautifully sunny… 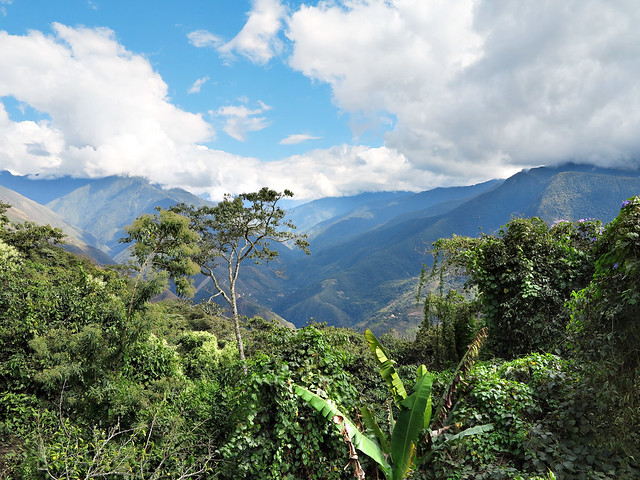 and then beautifully cloudy 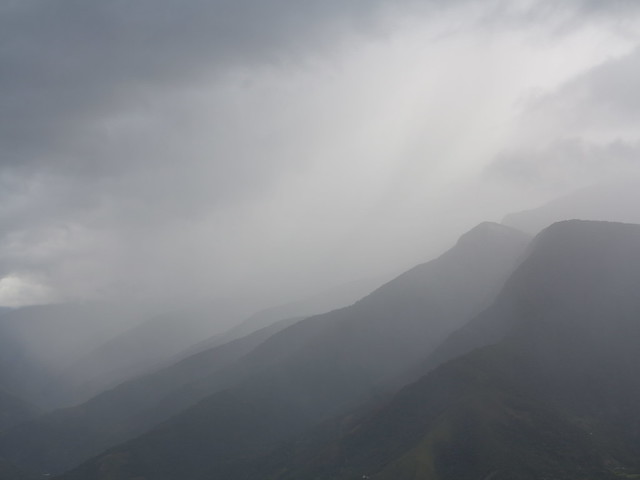 We’ve been in La Paz for around 10 days now, and here I part ways with Jude – she’s going off round South America for a month, I’m going back to the UK early to help the folks with an opera they’re putting on. Your regular programme of jealousy-inducing blog postage will have to be maintained by her wifeliness.

P.S. Since there was no more relavent place to put this photo, I’ll just drop it in here. A Bolivian extension cord, “fixed” by El Ted. Absolutely not a fire hazard: 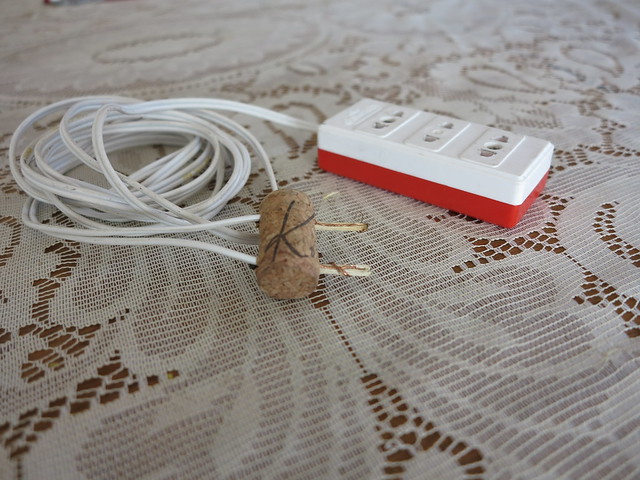