Because the Australian government (arguably quite rightly) suspects that poms will carry on working illegally when their working holiday visas expire we have been forced, forced I say, to take a holiday from our holiday in order to reenter oz on a tourist visa.

We decided to take the opportunity to get some climbing in at one of the most stunning locations in the world: Railay beach on Thailand’s Andaman Coast. Railay has a tonne of climbing routes at different grades. They’re on limestone cliffs which either come right down to the sea or are surrounded by lush jungle. We had loads of fun over two days with our guide Kung.

We also spent a day deep water soloing – climbing without a rope on sea cliffs and diving (or falling) off when you’re done. 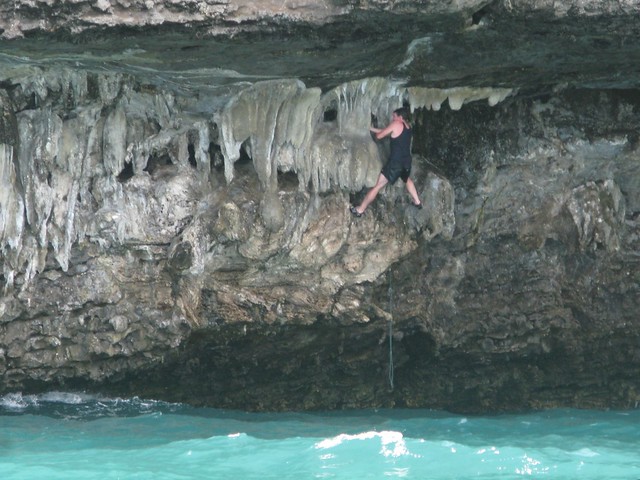 And we managed to fit in a spot of bouldering 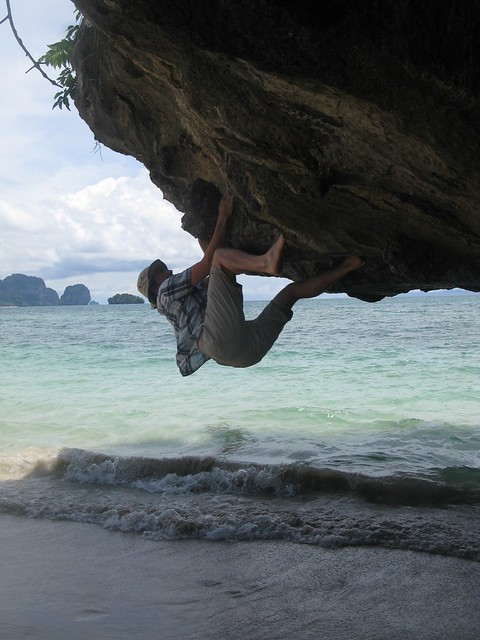 [This particular bouldering session lasted about ten seconds because the rocks are covered in little razor-sharp flakes. That was in two sessions of five seconds each: the first when I climbed on, wailed like a girl and dropped off, and the second when Jude made me get back on again because she missed the photo – B] 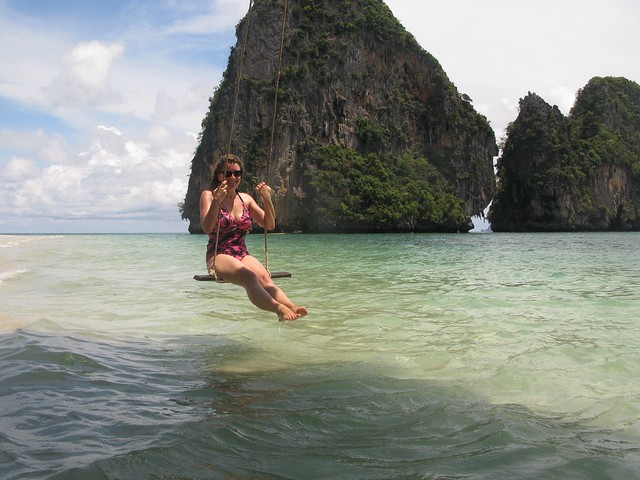 Before chilling out and watching the sunset 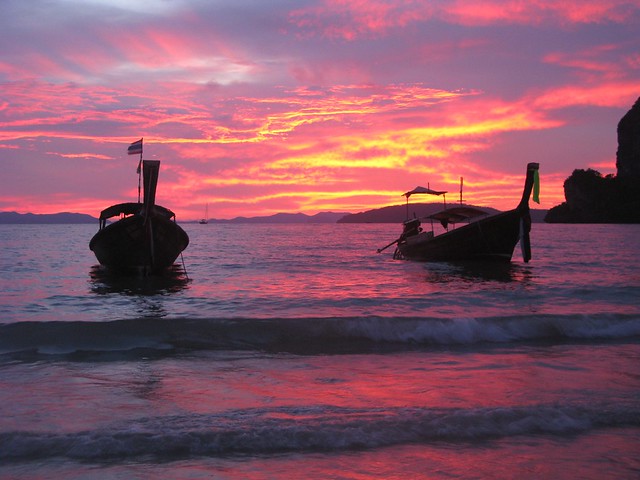 We also discovered that our climbing guide Kung actually has two awesome jobs. He’s an instructor by day and a fire juggler by night. How cool is that?