The day I got hooked on fishing

We arrived in Streaky Bay thinking it would be our last stop in civilisation before making tracks across the Nullarbor. We found the busiest campsite we have ever seen:

We squeezed our tent into the last spot on the site and settled down to enjoy civilisation with half of Australia. We soon got talking to two locals Judie and Rob who told us that everybody was there for the superlative fishing. Rob’s an expert fisherman and offered to take us out with him the next day so we could see for ourselves.

First up we needed to acquire some bait. These things are known as razor fish – they don’t look particularly like razors or fish but the King George Whiting are mad for what’s inside them, which is a bit like a scallop: 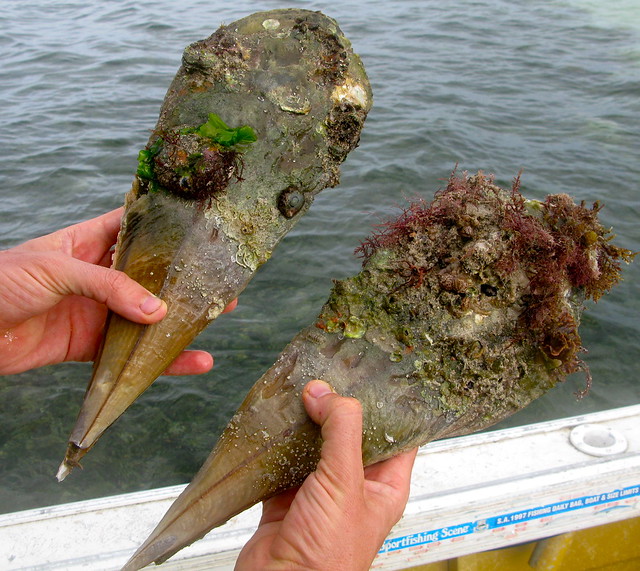 After some expert tuition from Rob we got cracking: 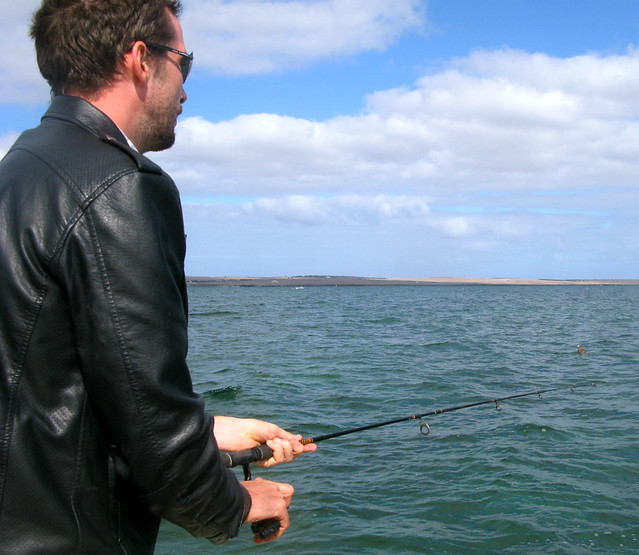 And it wasn’t long before we hooked a couple of whiting each: 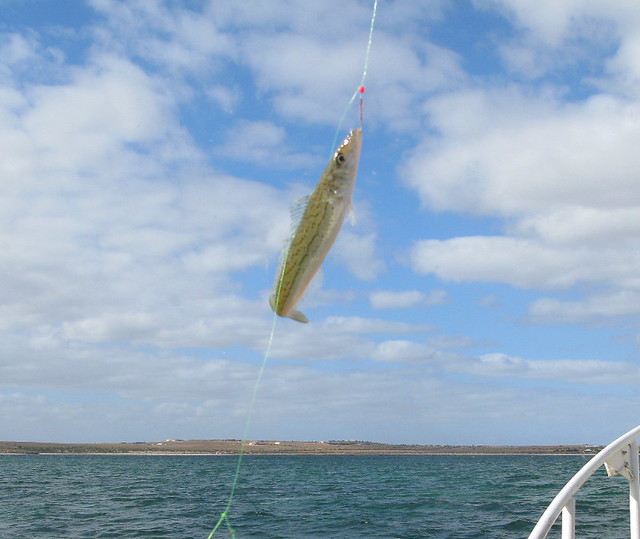 After a while another boat motored slowly past, some 50 metres away. Rob said “Queenslanders, pah. They’ve got no fishing etiquette. Don’t let on that we’re catching anything or they’ll be over fishing in our spot.” No sweat I thought – I hadn’t caught anything for a while. 30 seconds later I felt an enormous tug on my rod and reeled in not one but two whiting at the same time. I admit that at this point I got a little over excited and turned round to show Rob and Bernie before I’d finished reeling the line in. The momentum sent my line circling round the boat twice as Rob and Bernie jumped and ducked to avoid a fishy slap. [There was an amount of whooping too – Bernie]  We were rumbled, oops!

After three hours or so on the water the fish stopped biting – partly because Bernie and I had fed them so much bait I think – so we headed back to camp to prepare supper: 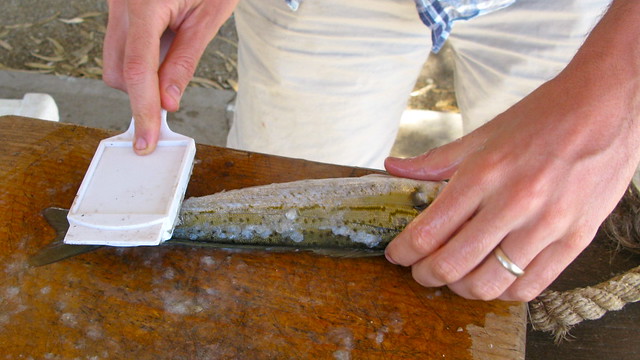 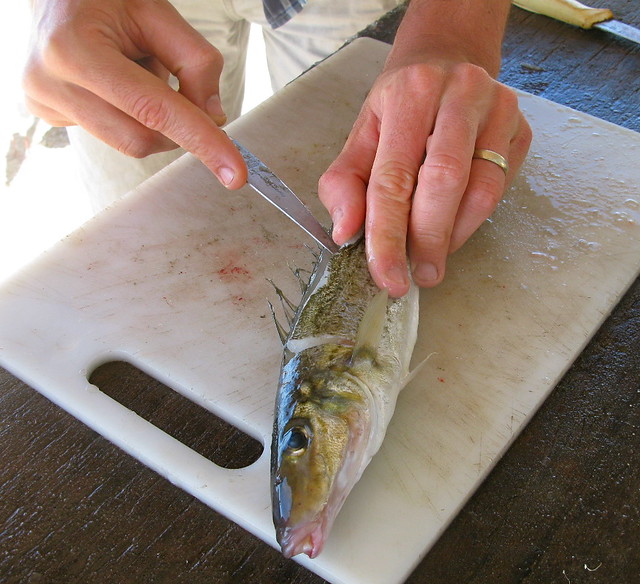 Step three: feed the head and tail to the appreciative audience 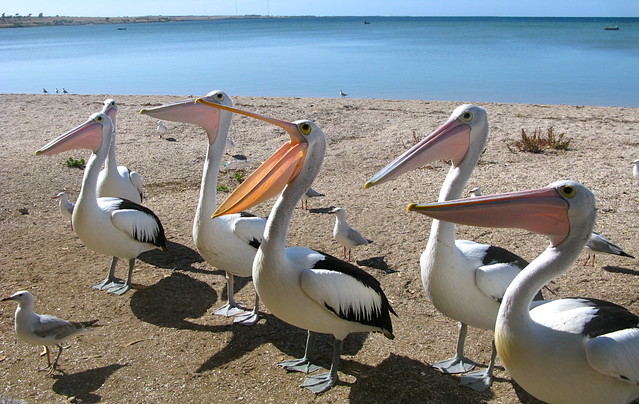 Step four: cook (this is Rob, by the way) 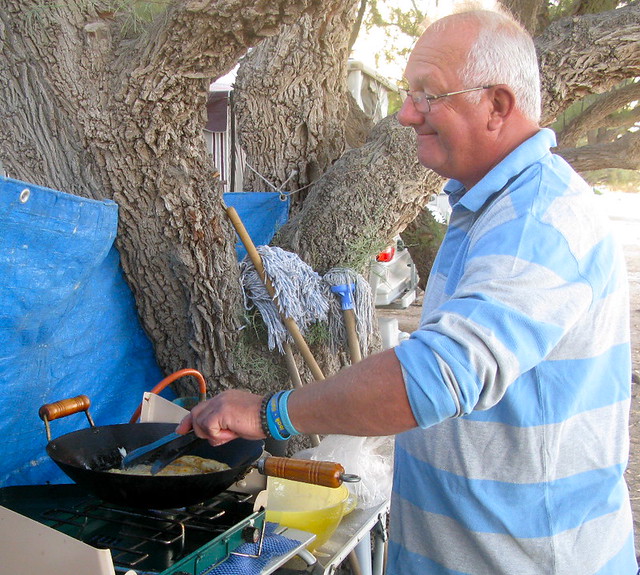 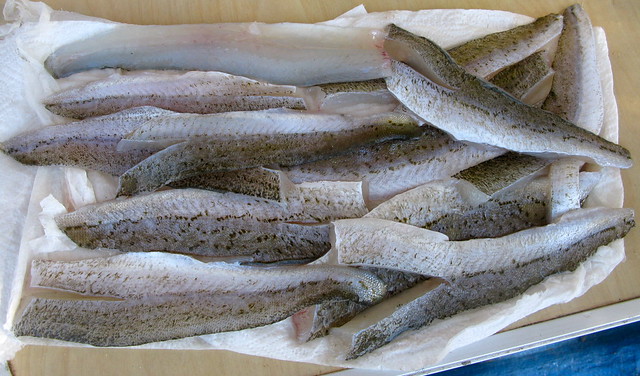 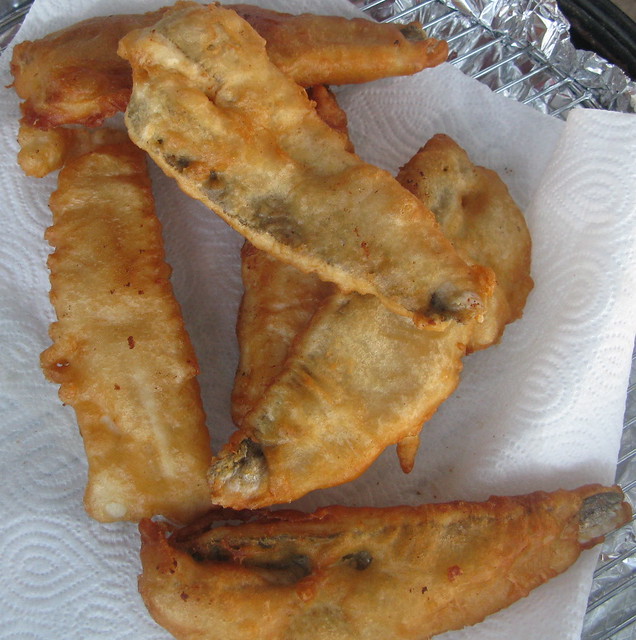 It’s important not to let the whiting have all the fun. It turns out that humans find razor fish exceptionally tasty too: 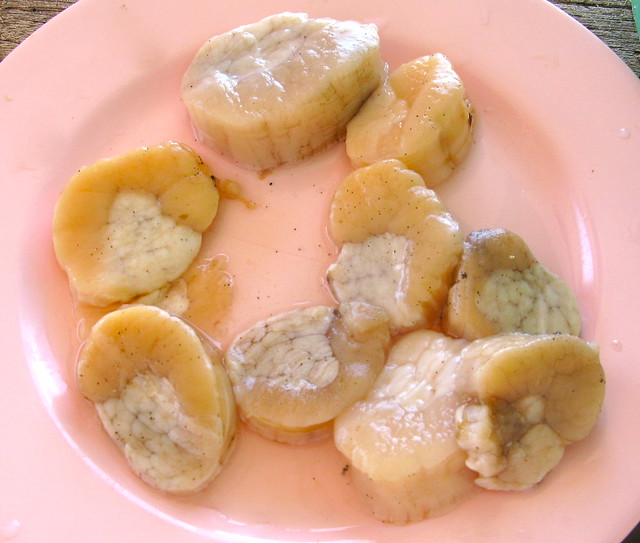 They taste like a cross between crab and scallop, are found only on the Eyre Peninsula and can’t be sold in shops or restaurants: 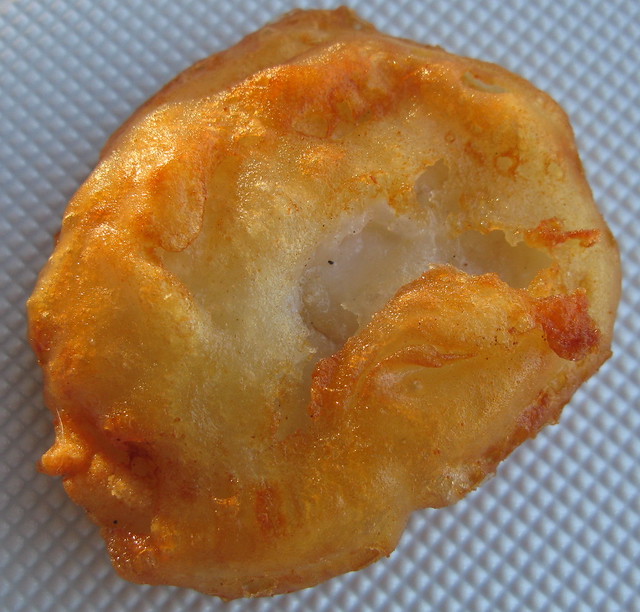 In Streaky Bay we feasted like kings and queens, learnt some new skills and made some fab new friends. Thanks for giving us a perfect dose of civilisation Rob and Judie!