The A-Z of Tanzania

We’ve been in Dar es Salaam for the last 6 weeks, working with an NGO that organises volunteering in Tanzania. Tanzania is sometimes delightful, sometimes infuriating, always humid and never boring. Here are 26 of our memories:

(I once said that posts to this blog would be short and to the point. Looks like I lied 😉

A is for Amusing shop names

Like the “Sick New Shop” and “Holy Spirit Driving School”

B is for Beaches 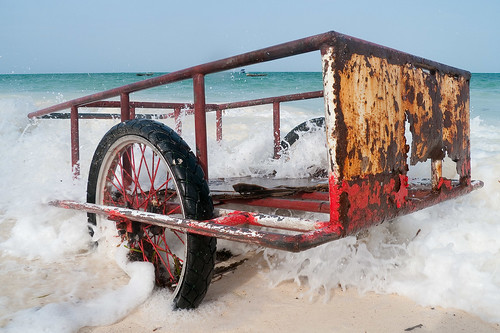 C is for Cuts, power of

Daladalas are omnipresent minibuses that ply the major and minor roads near Dar es Salaam. Typically they are battered Toyota Hiace models from the 1980s, and journeys cost from £0.15 for a few minutes, to £2 for a couple of hours. They have no seatbelts, but that doesn’t matter because: 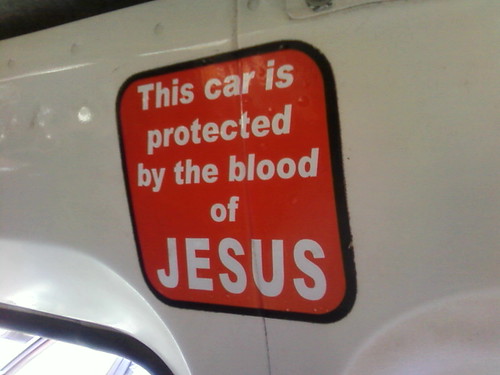 E is for Elephants

Our safari guide doesn’t like Elephants. Big cats, says Ben, are too lazy to attack you if you walk right past them, but Elephants have been known to charge cars that they don’t like the look of. Plus they’re 3 times the size of the car, and have giant spikes attached to their faces. 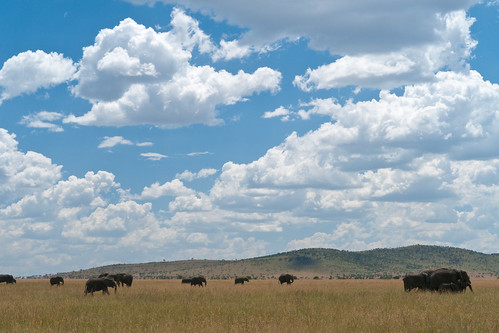 F is for Fish Fillet “Nazi”

I have no idea, and I decided not to find out by ordering one. 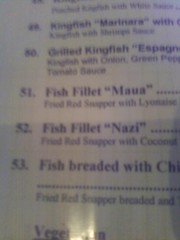 G is for Giraffes 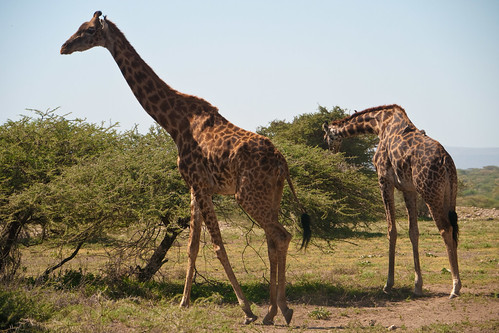 H is for Hippos

These things are just overwhelmingly disgusting. In the dry season the rivers dry up, leaving only pools of water in the river beds. The prospect of spending 2 months in the same water isn’t enough to persuade the hippos not to shit in it, which they do to the tune of 10 kilos a day.

I is for Issuing new bank notes

Out with the old, in with the new: 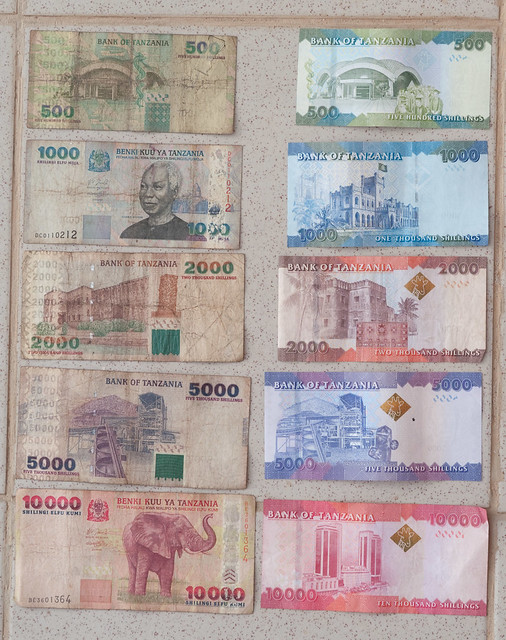 J is for Jude! 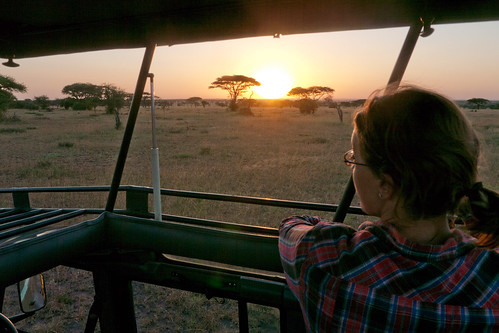 K is for Kilimanjaro rising above our balcony 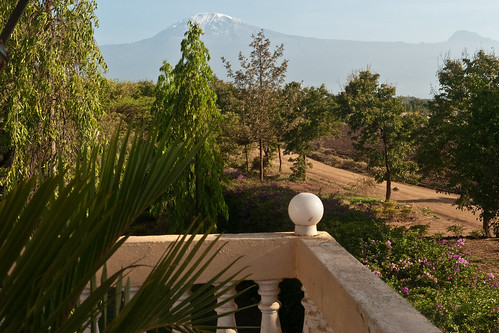 L is for Lions

“Hic svnt leones” read the medieval maps as an excuse for the large blank area over East Africa. Here be lions. This particular lion was about 2 meters from the car window. 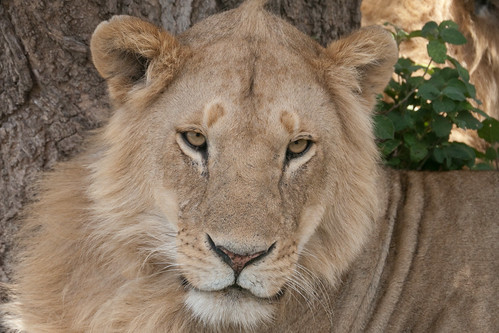 M is for Masai Worriers

Our favourite typo on the Art in Tanzania website. An honourable mention also goes to:

All projects have continuous assessment and supervision, so that you can build upon the work of your predeceasing volunteers and pass things over smoothly to your successors

That said, M could also have been for Mosquitoes.

N is for Nguvu ya Umeme

The Swahili word for electricity, literally meaning “power of lightning”. Like lightning, it is a rare occurrence, and you can never tell where it will strike next.

Tafadhali, tutapata nguvu ya umeme kesho? – Excuse me, will we have the power of lightning tomorrow?

O is for Outboard motors and wholesale boxes of eggs

P is for Power cuts, frequent

Though the candlelit dinners that result are quite nice: 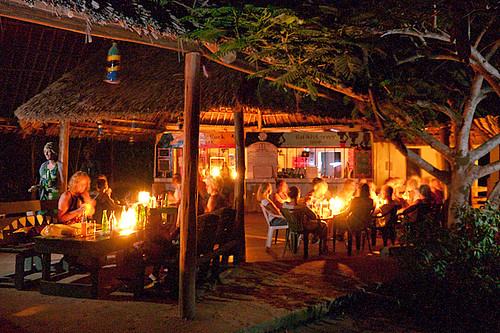 There is no “Q” in the Swahili alphabet, a fact doubtless correlated to the Tanzanian inability to queue (although they can form a great rugby scrum in front of a bus door).

R is for Reading the Kindle by Candlelight

During – you guessed it – a power cut. There’s something pleasing about this combination of high and low tech.

S is for Swahili

The marvellously alliterative language of Tanzania and much of East Africa, that gives us phrases like “Hipo lipo wapi” (“Where is the hippo”, pronounced Hippalippawappy).

It’s easy to learn, because the people here are so friendly.

T is for Time

Here’s the fun part: if you use the wrong term, people will correct you, but everybody has a different idea of when each block starts and ends. This goes some way towards explaining the generally lackadaisical approach to timekeeping observed in Tanzania.

U is for Ugali

Ugali is a corn-based mush that tastes of either nothing, or whatever sauce you mix it with. We have it at least once a week, at the most expensive restaurant in town: the classily named “Budget Entertainment Resort” 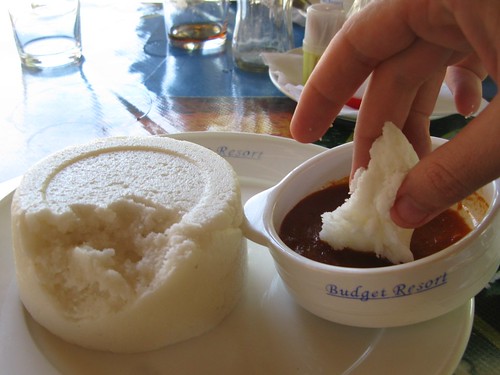 V is for Vexing unpredictability of powercuts

Hey, I’m just going to use up all the letters I can’t fill otherwise with this technique.

The international organisation of two-towers fame is opening up in Tanzania, and through a series of coincidences and introductions, I ended up being the official photographer at the launch of the World Trade Center, Dar es Salaam. 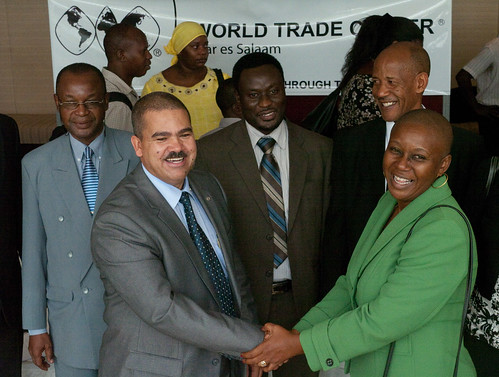 X is for X, being the international symbol for “off”, and applicable to the prevailing condition of the electrical supply

Doing well, only a few more letters to go!

OK, I cheated on this one, but really, what words start with “Y”?

Konyagi is a local spirit made from sugar cane. It’s like a slightly lighter (30%) and relatively inoffensive version of gin, with mercifully little flavour. It comes in little plastic sachets that the barman cuts open with a knife and hands to you through a security grille. The name comes from a Swahili-fication of the word “Cognac”. Dream on. 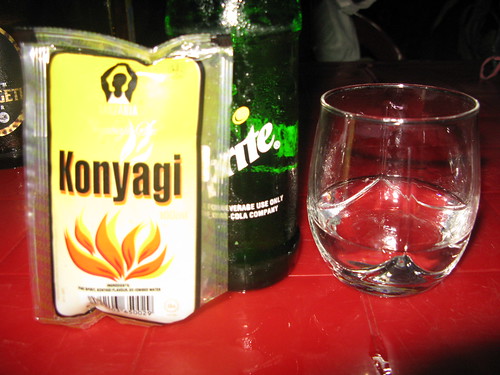 Z is for Zanzibar

The island off the coast of Tanzania near Dar es Salaam. The beaches on the east are a peaceful paradise, and Stone Town is a colourful bustle of tourists in bikinis, Mullahs preaching on street corners, capoeira dancers on beaches and kids jumping off any available surface into the lukewarm sea: 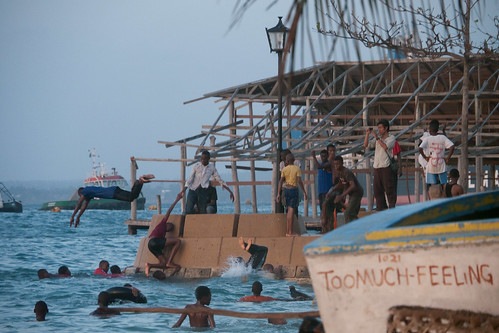 If you stayed with me for this long, asante sana and kwa heri.

5 Responses to The A-Z of Tanzania